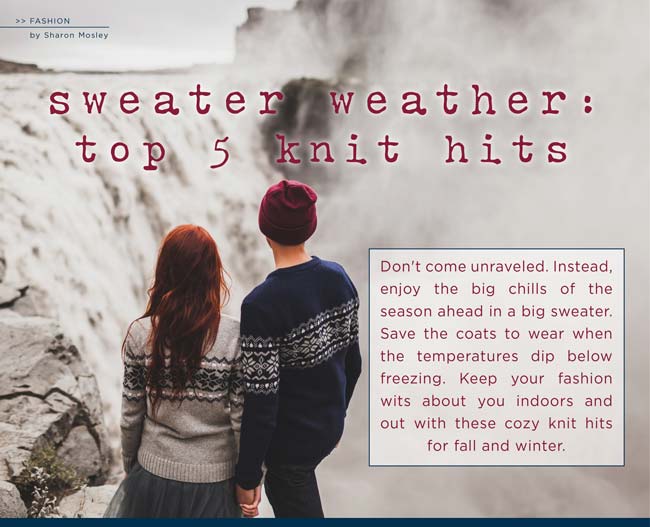 Don't come unraveled. Instead, enjoy the big chills of the season ahead in a big sweater. Save the coats to wear when the temperatures dip below freezing. Keep your fashion wits about you indoors and out with these cozy knit hits for fall and winter.

The Fair Isle sweater. It's THE sweater of the year. This classic is named after an island in the north of Scotland, where the softest heathered yarns were produced and used to make sweaters with yokes and cuffs in brightly colored patterns. The latest Fair Isle sweaters are updated in new colors and sophisticated designs. Take these sweaters with you on your next ski trip, or make them island-chic paired with short skirts and tall boots.

The fisherman's sweater. Another seasonal favorite, this chunky knit sweater was a must-have in water-repellant wool to keep fishermen warm. It became a fashion statement in the '60s, when the bulky cable-knit look was a must-have with jeans. This year, the fisherman's sweater makes a big comeback in creamy neutrals and slightly oversized silhouettes. This sweater is a go-to basic that works with with anything in your wardrobe. With leather pants, it's a rock star.

The turtleneck. This high roll-neck sweater has long been associated with the cool fashion crowd and is a cult classic. It started in men's sportswear and then became more androgynous around the turn of the century. As celebrities like Marilyn Monroe and Audrey Hepburn, as well as bohemian beatniks in the '50s and '60s, embraced the black turtleneck, this knit became a hit and remains a timeless wardrobe basic today. In cashmere, it's one of the best investments—and holiday gifts—you can buy. Where did it get its name? Think about a turtle who pokes his head in and out of his shell.

The long cardigan. This coatlike sweater is probably one of the most versatile knits you can have in your closet. According to fashion historians, this knit hit got its name from the seventh Earl of Cardigan, who needed extra warmth when wearing his uniform during the Crimean War. Centuries later, the cardigan has evolved into a variety of wardrobe basics from twinsets to sweater coats. The long cardigan this season provides a finishing touch (and warmth) to everything from jeans to skirts and is the perfect "coverup" for leggings.

The sweater dress. Head-to-toe knit dressing is one of the top fashion trends this year, and sweater dresses are the fastest way to get this all-in-one look. It's also one of the best ways to show off curves ... and may require some shapewear. But these formfitting knits are a quick way to dress for work, or even a cocktail party, when paired with a jacket or coat. This year, sweater dresses are updated in midilengths that stand on their own ... or can become long tunics over skinny jeans or leggings.
Sharon Mosley is a former fashion editor of the Arkansas Gazette in Little Rock and executive director of the Fashion Editors and Reporters Association.

Sharon Mosley is a former fashion editor of the Arkansas Gazette in Little Rock and executive director of the Fashion Editors and Reporters Association. 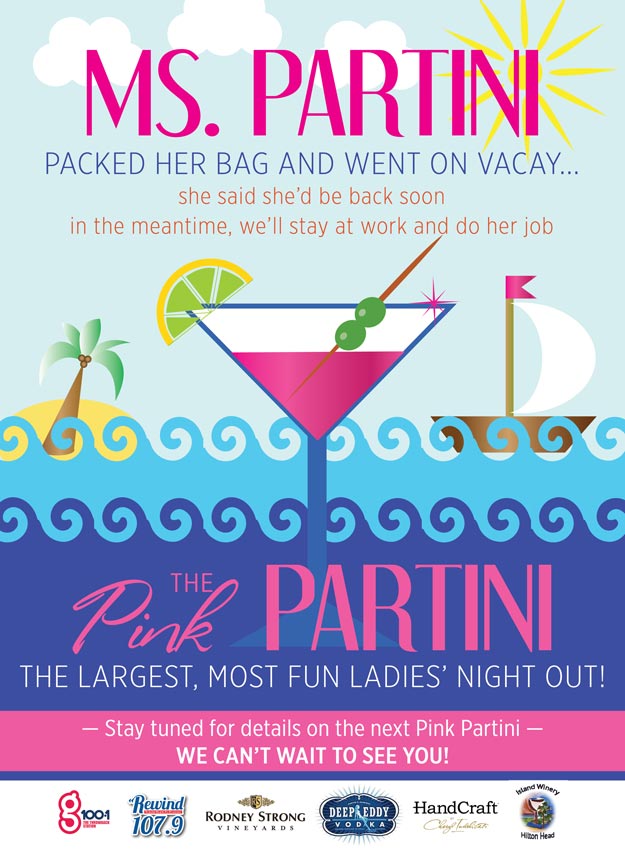