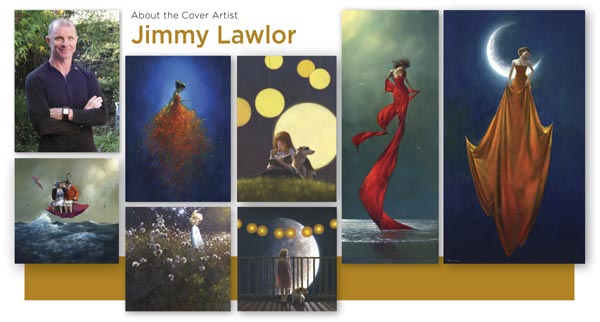 This month’s cover artist, Jimmy Lawlor, was born in Wexford, Ireland, in December 1967. He now lives in Westport, in the magnificent West of Ireland. Jimmy has been exhibiting for more than 20 years.

Like many artists, Jimmy has been drawing since he was a kid. When he was a teenager, he realized he wanted to become a full-time artist. It was a dream that seemed impossible. Ireland was in the middle of an economic depression, and art was the last thing on people’s minds.

Jimmy studied art for a couple of years in college, but acquired most of his skills through trial and error. He began his career as a background artist for various animation studios in Ireland and later moved to fine art painting. Eventually his dream of becoming a full-time artist became a reality.

His work is based, not only on the Irish sense of humor, but on the vivid realization that the old way of life will have vanished by our next generation. His work takes elements from his surroundings and mixes them with the people of the place, in their environment and doing what they love best. In their own way, they have helped create the atmosphere around them, whether they are farmers, business people, students, or otherwise.

Each town has its own characters and characteristics but they are basically the same in every town. He applauds these people and their character, which makes them unique. Jimmy appreciates the humor of the Irish people. He finds the gentle mannerisms he encounters while painting them honorable.

Jimmy’s work has been likened to the works of the surrealist’s—“imagine a Salvador Dali who has regained at least half of his sanity and moved to the west of Ireland, and you begin to enjoy art that is not only accessible, but as warm and fantastic as a good dream.” Painting takes him to another world, where anything is possible. Music has a huge influence on his painting, and the more unusual the music the more creative the work. As he gets lost in the sounds, his painting begins to flow.

Jimmy’s work is included in many prestigious private and corporate collections in Ireland and all around the world. Among them, Hugh Leonard, Treasury Holdings, Diageo Ireland, Dermot Desmond, Brenda Fricker, Great Southern Hotel Group, government buildings and Anglo-Irish Bank, London.
This month’s cover, "Dragonflies Night", is Jimmy’s second Pink Magazine cover. It's incredible "sparkle", reminiscent of a brighly lit Christmas tree, is a beautiful tribute to the season.

To learn more about Jimmy and to purchase originals
and select prints, visit www.jimmylawlor.com. 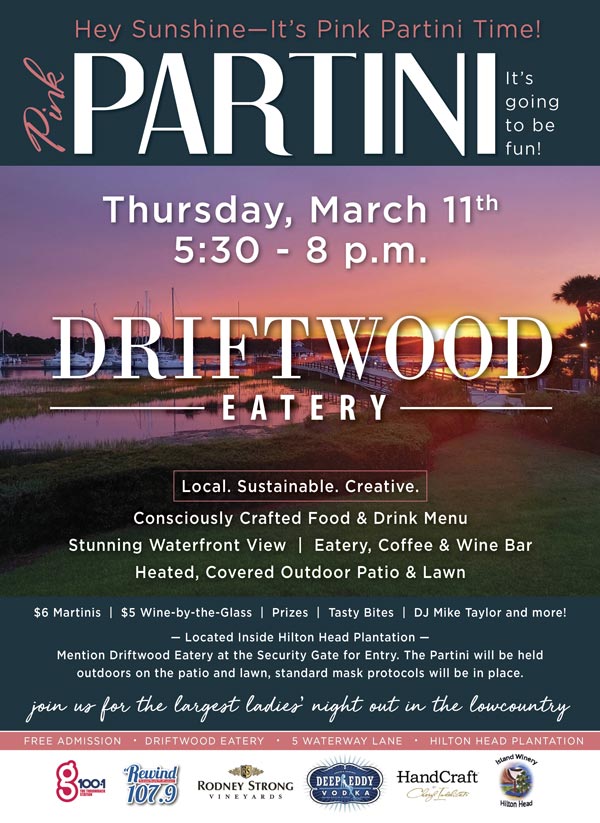