Dining isn’t just about food, a famous chef or even the wine selection. It’s about the experience—the atmosphere, staff, menu, quality, food preparation and yes, the wine. Le Bistro, a hidden gem located on Hilton Head Island, offers a casual dining experience with a Mediterranean flair just waiting for you to join in.

Stepping through the threshold of Le Bistro welcomes you into an intimate room with Spanish tiles, Moroccan pottery, cozy bistro tables and a warm European feel. An open kitchen allows you to be charmed by the staff and delighted by the inner workings of a gourmet, professional kitchen.

I joined owner Faisal Dahnoun for a behind-the-scenes look into the formula that has customers returning again and again. Originally from Morocco, Faisal has always been in the restaurant business. He began by studying Hotel & Catering in Morroco and then honed his skills all over Europe. About 36 years ago he moved to the U.S. and continued to explore the restaurant business. Faisal opened the doors of Le Bistro in 1988 and began to educate locals about Mediterranean flavors. Faisal explains that Mediterranean food has many influences including Spanish, Greek, Italian and French flavors. Many of the dishes are fresh seafood or lamb. In fact, the most popular dishes served at Le Bistro are triggerfish, lemon sole, mussels mariniere, braised lamb shank, filet mignon au poivre and veal.

He built a strong following by serving consistent delicious fare. Quality food and wine remains a priority for Faisal, along with his knowledgeable staff that round out the experience. Many of Faisal's staff have been with him for years and are more like a family.

A large part of the magic behind the food is Head Chef Kenneth Rogers. Originally from Lynchburg, VA, Kenny has been the face behind the food for just over five years at Le Bistro. He began his cooking career at home ,where his mom and dad didn’t cook. “If you wanted a meal…you cooked it,” he said. With little formal training, Kenny climbed the proverbial ladder as he made his way into the restaurant business. He began as a dishwasher and always strove for a new and different position each time he moved on. He learned by mastering his job, no matter the position, so that he would have time to learn from others in the kitchen. Kenny now runs the open kitchen with a smile and sense of pride.

The Le Bistro kitchen staff pair unique flavors to create an eclectic menu. They prepare seafood and desserts with various wines and liquors to create sweet and savory flavors that leave you craving more. Many of the fresh herbs used are even from Faisal’s personal herb garden. The kitchen team placed second in the soup category at Volunteer’s In Medicine’s annual competition. But the experience doesn’t stop with the food, Le Bistro also boasts an extensive wine selection, impressive by any standards. Feeling inspired? Make your reservation to experience Le Bistro for yourself…and in the mean time, the staff has given me two fantastic recipes to share. The butternut squash ravioli left me amazed with the buttery, melt in your mouth flavor. Bon appetit!

Le Bistro is located in Pineland Station on Hilton Head Island and is open Monday-Saturday, from 3:00 p.m. - 9:30 p.m. Check out their website at www.lebistromediterranean.com or call 843-681-8425 for reservations.

Filling: Preheat oven to 400° F. Slice squash lengthwise and remove seeds. Put the cut side down on a greased baking sheet and roast in the oven until tender when pierced with a fork. For smaller squash, it could take 30-40 minutes. For larger squash, it could take up to an hour. When squash is done, scoop the pulp into a large mixing bowl and discard the skin. Add the remainder of the filling ingredients and stir together thoroughly. This filling can be made a day in advance, if needed.

Dough: Combine the dry ingredients in a large bowl. In a separate bowl, add wet ingredients and whisk together. Combine wet and dry mixtures and stir well. Roll the finished dough out into a thin sheet and divide in half. Take one half of the dough and using a spoon, add the filling in well-spaced dollops. Around each filling brush the dough with egg wash (egg with a touch of water). Place the second layer of dough on top and press around each filling to seal the ravioli. Use a knife to cut out the raviolis.

Cook: Place raviolis in a large pot of boiling water, being careful not to overcrowd them. Cook 5-10 minutes or until they begin to float. Sauce: Heat heavy cream and roasted garlic, allow to reduce, add salt if needed. Place the cooked raviolis on a plate and and spoon sauce over top.

Flavor Boost: Consider adding a bed of sautéed veggies underneath the raviolis for even more flavor. 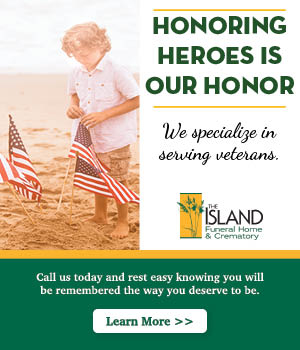