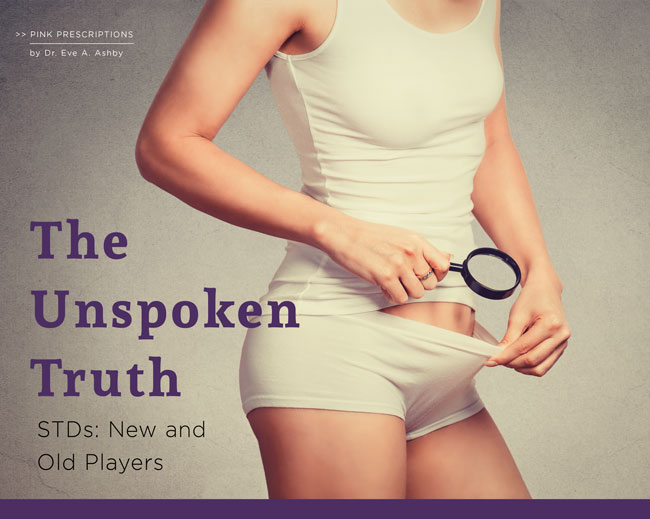 Human papilloma virus (HPV) has been around for a while but rarely discussed until recently. HPV has gained a lot of attention since vaccines have been developed to target the most high-risk types, which can cause cervical cancer. The vaccine is available to both males and females from ages 9-26. The reason to vaccinate is so when a child does become sexually active in the future, the immune system will be ready—the same idea behind most vaccines given to infants. Studies have shown that after a college female’s first sexual experience there is a 29 percent chance she will acquire some type of HPV and after three years about 50 percent will be infected.

HPV is one of the STIs that you cannot completely protect yourself by using a condom since it is spread by skin to skin contact. There is no cure for HPV, and the majority of young women who acquire it will fight it with their own immune system. Treatment is aimed at treating the problems HPV can cause, such as abnormal pap smears and genital warts. The rate of HPV in females increases as the number of lifetime sexual partners increases. Oropharyngeal (mouth and throat) HPV has also been isolated from males and females and leads to an increased risk of oral cancer, especially in smokers. This is why getting the vaccine is so important.

Hepatitis C is another STI that has recently become part of the conversation, although not really a new player. Newer treatments have become available that are quite effective and incidence ranges from about 1 to 3 percent. Most people with hepatitis C are asymptomatic and routine annual screening bloodwork will not pick it up. Instead, bloodwork specifically for hepatitis C screening must be ordered.  Risk factors for hepatitis C include receiving a blood transfusion before 1990, having sex with an infected partner, sharing needles and other paraphernalia for illicit drug use, sharing razors, toothbrushes, or other things that may have blood on them. Healthcare workers are at especially high risk. Experts recommend routine testing for all people born between 1945 and 1965, especially those at high risk.

Screening for STIs can be through bloodwork, urine, as well as a vaginal speculum exam and cervical pap smear. Some women perceive that their risk is only high for cervical infections, such as gonorrhea and chlamydia, and forego bloodwork.

Complete screening often requires a combination of tests. You should be screened if you fit into one of the following groups or are having unusual vaginal discharge, pelvic pain, irregular bleeding, infertility or painful intercourse.

> All teenagers who are sexually active should be screened yearly for HIV, gonorrhea and chlamydia.
Unfortunately, the number of sexual partners per person has risen in the last 25 years among all age groups, so the incidence of sexually transmitted diseases is also rising. The good news is the majority of these sexually transmitted infections can be treated with antibiotics and antiviral medications. In some cases, such as herpes, medication can be taken on a daily basis to drastically reduce the chances of infecting a partner. Prevention with vaccines for HPV and hepatitis A and B, as well as the proper use of condoms, will reduce the chances of acquiring a STI.

It’s important to remember, male condoms made out of sheep intestine and other natural materials do not protect against STIs, and the use of hormonal birth control can prevent pregnancy, but not sexually transmitted infections.

Talk to your health care provider about your risks and need for proper screening. With early identification of these sexually transmitted infections you can prevent and treat uncomfortable symptoms, infertility, pain and sometimes even more serious problems such has HIV, hepatitis and cancer.

Eve A. Ashby, DO, FACOOG, is a board-certified gynecologist at Beaufort Memorial Lowcountry Medical Group. A graduate of the University of Medicine and Dentistry of New Jersey, Dr. Ashby is also an Assistant Professor and Regional Director of Medical Education for A.T. Still University School of Osteopathic Medicine.