The Opioid Epidemic: There is Hope and Way Out 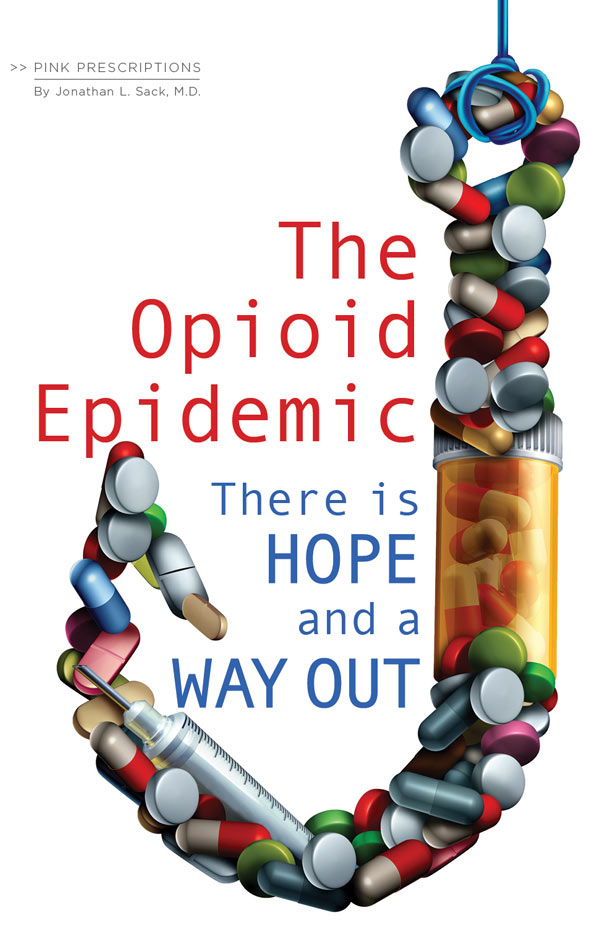 Dependence on opiates, including prescription medication, such as oxycodone, hydrocodone, morphine and fentanyl, and street drugs (heroin), has reached epidemic proportions across the U.S. Many medical professionals and legislators regard this epidemic as a public health emergency. An overdose with these substances often results in death. More commonly, opiate dependency ruins lives by resulting in financial ruin, breakdown in relationships, and destruction of the family unit. As a result, crimes are committed to feed the dependency and jail time often occurs.

People never seek out addiction to opiate pain medications. A visit to the ER or urgent care with an injury, following a surgical procedure, or visiting the doctor due to a painful condition, results in a prescription for opioid pain medicines. Unfortunately, once exposed, the opioid receptors in the brain may become altered, leading to an intense craving to continue taking opiates. Often times, the brain can interpret the desire for the opioid medications as chronic pain. The continued pain becomes motivation to keep taking the opioid medications. As time passes, tolerance to the medication develops and the dose needs to be increased. Consequently, pills run out early and more opioid pain medications are sought out by frequent doctor or ER visits. Subsequently, patients become labelled as “drug seeking.” The same principal applies to those who try an opiate with friends or at a party. Initially, everyone believes they have the situation under control, only to find out too late the heightened magnitude of the problem. 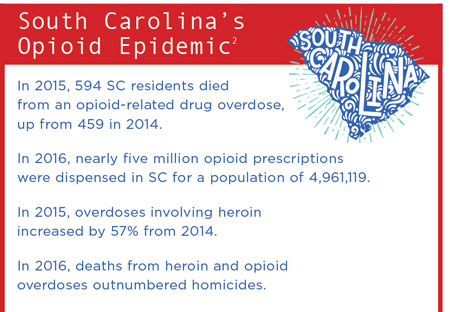 Its seems easy enough to stop taking the medication. Just do it! Although the harm addiction is causing becomes clear. Unfortunately, quitting opiate pain medications is not easy. The initial withdrawal symptoms are severe. Many people find withdrawal symptoms of intense fatigue, depression and flu-like illness unbearable. The culprit of the symptoms are damaged receptors in the brain that are slow to heal, or may never repair themselves. As a result, the severity of withdrawal can continue for months, or even years, after stopping the opiate. The “solution” is simple for the dependent individual: Taking an opiate makes all the symptoms disappear, leading to a cycle of dependency and overuse.

Some therapies to manage opioid dependency are methadone and buprenorphine. Suboxone is one of the brand names and the initial form of this therapy. Methadone is a long acting opiate that is slowly released from the body. It requires daily visits to a Methadone clinic. Often high doses are required to manage withdrawals and cravings, resulting in central nervous system depression. It cannot be stopped suddenly due to severe withdrawals, and is very difficult to wean off, as a result.

Buprenorphine is also a long acting opiate, but differs from all the others by becoming a partial agonist to the receptors in the brain. It brings the receptor back to its normal state, rather than stimulating it (making it high). Once attached to the receptors in the brain, buprenorphine stays there for 24 hours or more, so once-a-day dosing is possible. In addition, the receptor is occupied, so if a regular opiate is taken, it cannot attach to it to induce a “high” feeling. The blocking effect becomes protection against regular opiate use.

Although a promising solution, Buprenorphine treatment for opiate dependence is not a cure from addiction. Patients must be weaned off to become truly addiction free. Some patients achieve this goal by being weaned from Buprenorphine, while others have more difficulty. Overall, patients experience life again, which leads to saved marriages, better relationships and freedom from debt or financial ruin. Treatment is individualized, as everyone is different. It is important to find a physician who is trained and has a special license treating this kind of therapy for optimal results.

Perhaps lifelong therapy is needed in some cases to avoid the cycle of dependency and a lower quality of life. Although, not ideal, it is the best solution available at present. However, long term injectable or implant therapy, which last weeks or months, are in development and will be available soon.

To break the addiction, it is imperative that people dealing with opiate dependency face reality and seek medical help to deal with their addiction. Unfortunately, many who are stuck in the addiction cycle, feel as though they cannot be helped, or are not ready to get help. Most often continued addiction leads to tragedies, overdoses and death. Buprenorphine can be a tool, alongside patient readiness and determination, to allow patients to regain control, improve their quality of life and break free from addiction.

If you suspect someone you know is addicted look for these symptoms: Mood swings; erratic behavior; drowsiness; needle marks on hands, arms, feet and legs, or attempts to keep these areas hidden; stealing; missing medication belonging to friends and family members; and frequent ER and doctor visits.

91 Americans die every day from Opioid Overdose (that includes prescription
opioids and heroin).1

Deaths from prescription opioids have more than quadrupled since 1999.1

Recognizing an opioid overdose can be difficult. If you aren’t sure, it is best to treat the situation like an overdose—you could save a life. It is important that you don’t leave the person alone, and make sure you call 911 or seek medical care for the individual. Signs may include any of the following: Small, constricted “pinpoint pupils;” Falling asleep or loss of consciousness; Slow, shallow breathing; Choking or gurgling sounds; Limp body; and Pale, blue, or cold skin.1 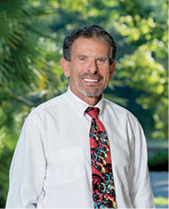 Jonathan L. Sack. M.D. has been practicing medicine for 42 years, 10 years in South Africa, with a successful concierge practice, as well as assisted with plastic surgery. His journey to America in 1984, crossing the ocean on a sailboat, landed him and his family in Hilton Head. He became chief resident at MUSC family practice in 1994, returning to Hilton Head in 2003, where he has a private practice, running Island Family Medicine, as well as Owner/Medical Director for Transformation Medical Weight Loss and Med Spa.